Jon Ashton began his culinary career in several notable English restaurants, including the Derby Lodge Hotel and The Kirkfield Hotel in Newton Le-Willows. After moving to the United States to follow his childhood dream, Jon launched into the business with a passion for sharing his craft and making good food accessible. 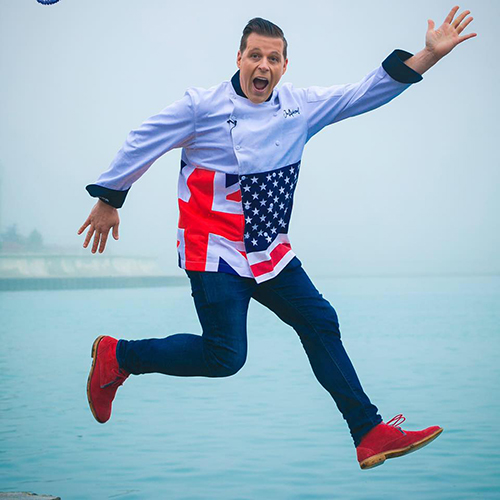 He has appeared frequently on The Today Show and The Tonight Show. Many of America’s most trusted brands have put their products in Jon’s hands including: Walt Disney, J.M. Smucker Company, Procter & Gamble, ConAgra and many more. Jon can be seen on ABC, NBC, CBS and FOX affiliates across the nation as he travels on media tours and presentations. Jon is the contributing editor for Parade Magazine (22 million readers, weekly) and Relish magazine (8.8 million monthly readers).

Chef Ashton designed this coat with the idea that it represents his English roots and his love for America. Culinary Classics proudly worked with him to create this coat. 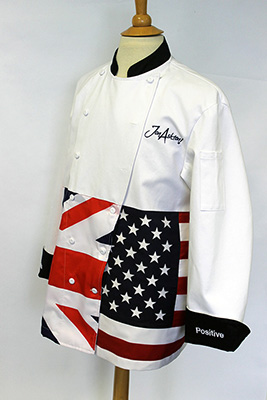 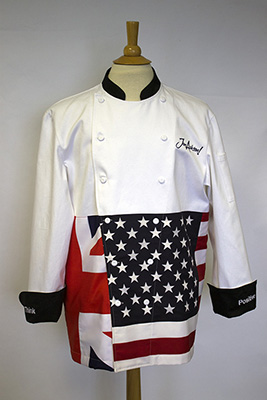 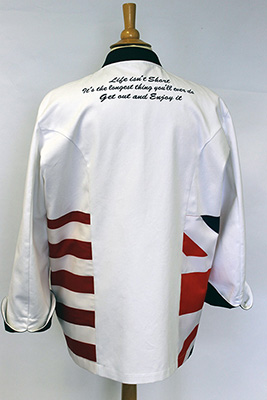 Culinary Classics can customize your coat to suit your needs. Shown is the Traditional Chef Coat with clients custom requests and embroidery done in house at Culinary Classics right in the heart of Chicago, IL.

Products In This Article

Get the latest updates on new products and upcoming sales